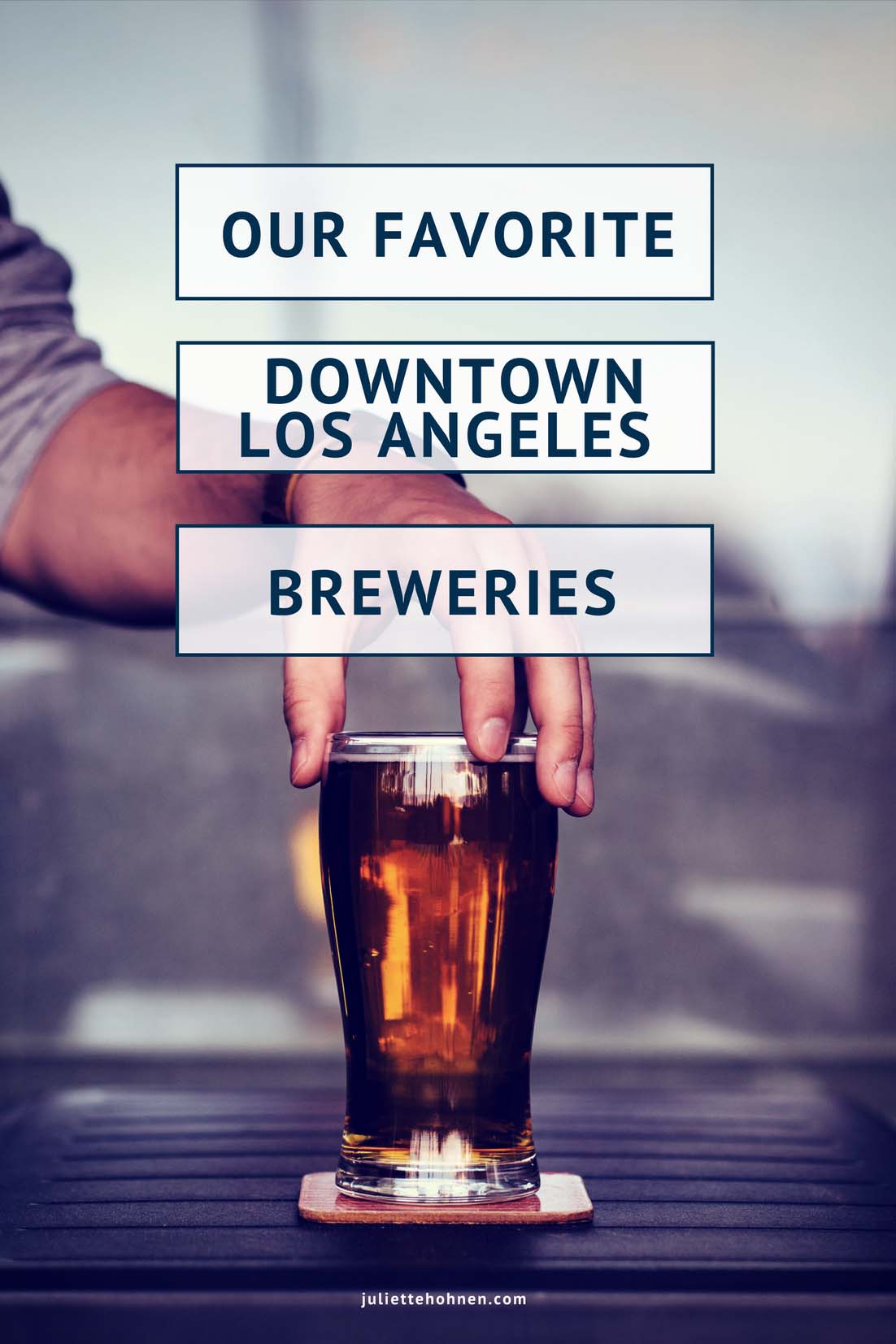 California has been credited with launching the craft beer boom and with more than 500 craft breweries across the state, that honor is well-earned. Downtown Los Angeles is staking its claim as a leader in the beer boom with a host of breweries making some of the best beer in the west. We’ve done some research and have chosen our favorites among the DTLA breweries.

One of a few breweries in the Los Angeles Arts District, Angel City stands out and as they note, they’re “proud to rough things up a bit and work beneath the shiny surface” of glitzy Los Angeles. In addition to the great beer they craft, they also have food trucks on site regularly (a schedule is available on their website) and they participate regularly in local festivals and events like the Avocado Festival and Bay to Breakers with an impressive showing each time.

The 213 Hospitality family includes not only the Arts District Brewing Co. but also 4100 Bar, Golden Gopher, Normandie Club, and many more. This brewery is part of a strong family of purveyors of spirits and good food. With their beers available at several of the 213 Hospitality establishments, Arts District Brewing Co. is making a name for itself because of its beer, but it is also a fun place to grab a beer as it’s filled with old school video and arcade games.

Another Arts District locale, Boomtown specializes in old world, unfiltered, unpasteurized ales and pilsners. Boasting a lounging-focused, fun, hang-out atmosphere for friends to gather, play games, and just have fun.  They also welcome well-behaved dogs (“within reason”). As with others in the area, food trucks are regulars at the brewery making Boomtown another great place to see friends, grab a bite, and share a few beers.

Recognizing the second Golden Age of downtown Los Angeles, Iron Triangle has built a brewery based on the traditions of what made the area boom from the 1920s to the 1950s. While you’ll find Iron Triangle beers on tap in and around Los Angeles, we find that it’s most fun to visit the source, the taproom! It’s a mix of industrial charm – indicative of the Arts District, classic style, and modern fun, and we highly recommend it.

Mumford Brewing is a family brewery and the family is focused on sharing their love of beer, creating quality beers, and providing a comfortable gathering space to share with friends. We can attest, a stop into Mumford Brewing often feels like visiting an old friend, the Mumford family and their crew are warm, friendly, and they know their beer.

You’ll notice that we placed our list in alphabetical order. We had to because we are hard-pressed to pick a favorite brewery in downtown Los Angeles. Our suggestion is a walking tour of them all!

Our Favorite Smoothies in Los Angeles